Geocaching
Great Sites
Things to Do 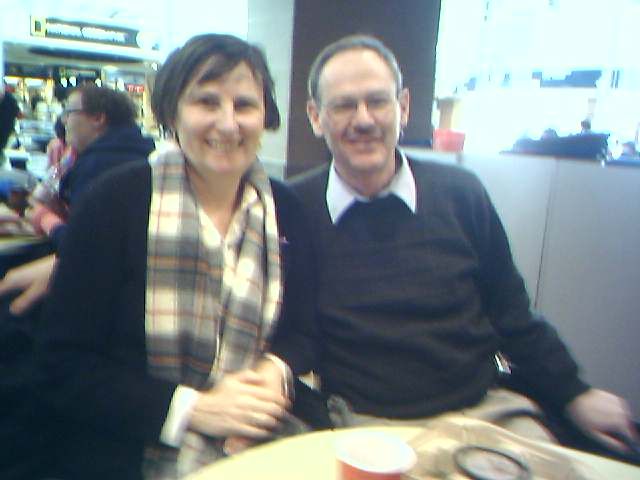 So it has been a long, long time since the last post here.  C&C are back in Victoria and have had a great summer.

Wer started out with a nice road trip through theprovince - the grand tour if you will.  We  went north to Port Hardy, then to Prince Rupert via BC Ferries and met up with Russell in Terrace.  After some time in Nisgaa Memorial Provincial Park we were off to Russ' place in Smithers. When Russ' hospitality was worn out we set off to Mount Robson Provincial Park for a few days,  then some wine touring in the Okanagan and back via Vancouver.

Chris' parents visited in early August and we enjoyed touring about with them.  Russ also made it down while they were in town.

For the whole summer our condo has been in a state  of renovation.  The 2nd bedroom has been turned into a workshop and the deck is a paintshop.  The end is in sight though.   If anyone visits near Christmas time we should have a place to put you up.

Check the photo gallery. We should have some new photos.

Chris and Christa and I are doing well here in Halifax.  We will both bestaying out here for a bit longer - about mid April.  We had a weekend visit from Chris' parents.  It was sure good to visit and get out to see other parts of Nova Scotia than Halifax and Dartmouth.  We've posted some pictures of our visit to Peggy's Cove in the photo album.

We're both enjoying Halifax these days. The weather has certainly improved.   Christa is taking some dance lessons and Chris is busy enjoying the local cuisine.  In a scientific experiment,  Chris is trying to have as much Atlantic Salmon as possible in order to speak with authority in his judgement that Pacific Salmon species are superior.

You can see a picture of a Haligonian known as Theodore Tugboat.

So, here we are in Halifax and we've just weathered our third blizzard in 6 days!  Both Christa and Chris are out here on training courses for the next couple of months.

We've updated our main website in order to make it easier to update.  The goal is to keep it more up to date.  There are a few more functions that are available.  Just check out what is available on the left hand side of the page.  You can add comments and links.  Do enjoy and let us now what you think.  And, don't forget to keep checking the site for updates, they may happen more often.

Finally the site has been updated!

The latest news can be found here.

You'll notice a few more links around. These are to some things that Chris and Christa have taken up. Geocaching is an interesting new sport that we've taken up.

Once again we would like to wish everyone a very happy Christmas and a merry New Year! Our hopes are that this past year has been filled with pleasant memories and good times. For us, the past year was filled with exciting change and some new adventures.

We began the year by consulting with a Real Estate agent. These consultations led us to the purchase of our first home. The two-bedroom condominium we purchased is a bit further from downtown, but slightly bigger than our old apartment - most importantly it is ours. During our search Chris was busy putting the finishing touches on his thesis. In March, two days before leaving for Moose Jaw Saskatchewan, Chris defended his thesis (successfully). He was the first person to graduate from the philosophy masters programme at the University of Victoria.

In the early spring Christa left for Halifax to take the Naval Operations Course for three months. During this time Chris was undergoing pilot training in Moose Jaw. Over the Easter weekend we took possession of our new condominium, flew back to Victoria, emptied our apartment, piled up the condo with boxes and then flew back to Halifax and Moose Jaw. It was a busy weekend.

A few weeks later Christa's parents celebrated their 30th wedding anniversary and Christa was able to fly home to Newmarket for the celebration. Unfortunately Chris was unable to escape Moose Jaw. It was around this time that Chris requested a transfer out of pilot training in order to secure a more permanent posting alongside Christa. By June Chris was flying back to Victoria - he was greeted by a rather large pile of boxes and disassembled furniture. So, instead of cleaning up, Chris decided to renovate and make a bigger mess. Two weeks later Christa came home to new paint and hardwood floors in the bedroom.

Over the summer Christa worked onboard her ship, the HMCS Protecteur, and sailed a few times. Meanwhile Chris began working for the navy by teaching English writing skills to future engine room artificers. In July we took some holidays, visited Vancouver and Washington State, and played host to Chris' parents. Over their weeklong visit we embarked on a whirlwind tour of Victoria, old friends and Vancouver Island.

We were back at work for August, but again, in September, we were on holiday. This time we went north to the remote Strathcona Park to hike the tallest mountain on Vancouver Island. It was a gruelling five day hike along mountain ridges, over ice and through dense bush. The magnificent scenery was well worth the effort.

The rest of the year was concerned primarily with work. Chris began his naval training and Christa was busy finishing hers. She was studying for her naval competency board, which marks the end of her training and promotion to Lieutenant. She passed easily. During the fall we escaped our work by taking a German class at the University.

The year is now coming to a close; Christa has returned from three weeks at sea; Chris is back teaching English. We will spend the last two weeks of the year visiting family in Ontario. Again, we wish you all the best joy and happiness this Christmas season.

Bravenet Blog
Get One For Free!
powered by